By Each day Mail Reporter

A gang of masked raiders smashed their way into a jewellers on a big metropolis route by ram raiding the store.

The balaclava-clad robbers could be noticed reversing at velocity into the shop entrance at all around midday on Thursday afternoon.

Just one thug dressed all in black could be noticed working down the road to the store wielding an axe in his hand.

The armed gentleman was then observed goading a courageous onlooker who ongoing to film the drama unfolding in front of him from a grocery shop across the avenue.

He aggressively shouted: ‘What, what, what, get the f*** in the shop, get in your shop’ right before store workers talked about whether anyone experienced named the law enforcement. The brazen thug then stepped on to the rubble left driving from the raid as he appeared to wait around at the entrance for his accomplices.

Thick plumes of smoke poured into the occupied street, which was loaded with witnesses, traders and stunned onlookers. 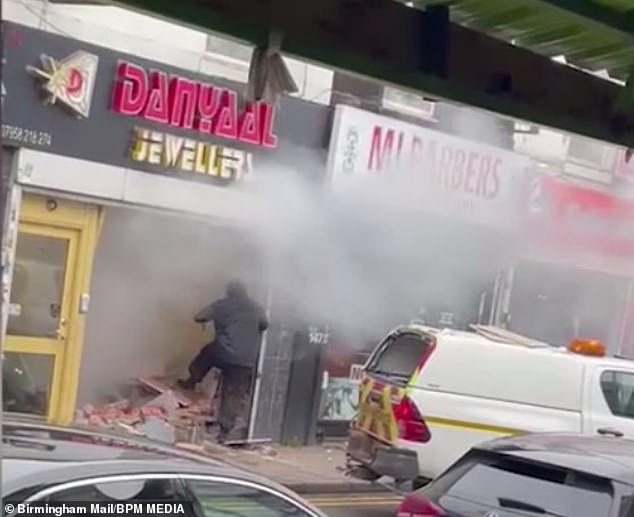 The balaclava-clad robbers could be noticed reversing at pace into the shop front, shattering the glass, at all over midday on Thursday afternoon

Customers of the community could be listened to seeking to get down the registration of the highways upkeep vehicle as the axeman out of the blue emerged from the smashed-up store front.

He raced down the avenue, with involved house owners of neighbouring shops peering out from their suppliers whilst some identified as the law enforcement.

The gang piled into the van just before speeding off from the scene, debris falling into the avenue from the roof as they fled.

West Midlands Police has been contacted for a assertion. 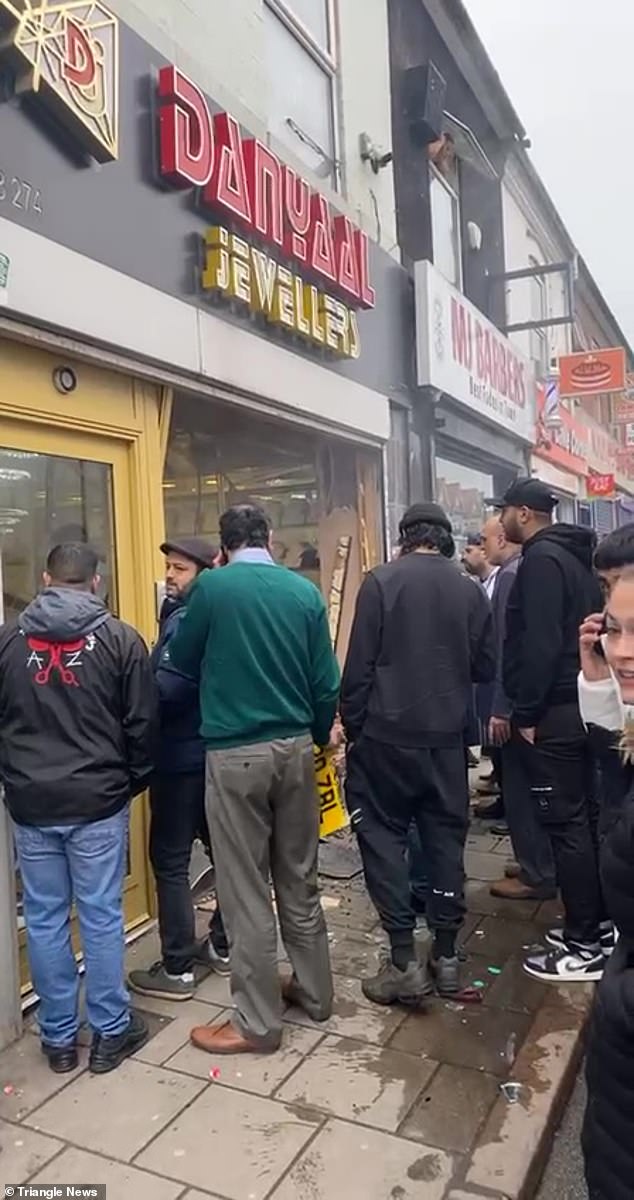 Thick plumes of smoke poured into the hectic road, which was crammed with witnesses, traders and surprised onlookers